How to fuel your body without eating animal products 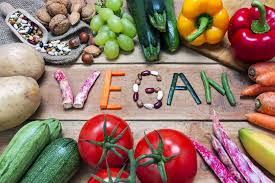 Veganism is the practice of abstaining from the use of animal products, particularly in diet, and an associated philosophy that rejects the commodity status of animals. An individual who follows the diet or philosophy is known as a vegan. Distinctions may be made between several categories of veganism...
Learn more about Veganism on Wikipedia

The 3 most common preconceptions about a vegan diet