How does field hockey work? 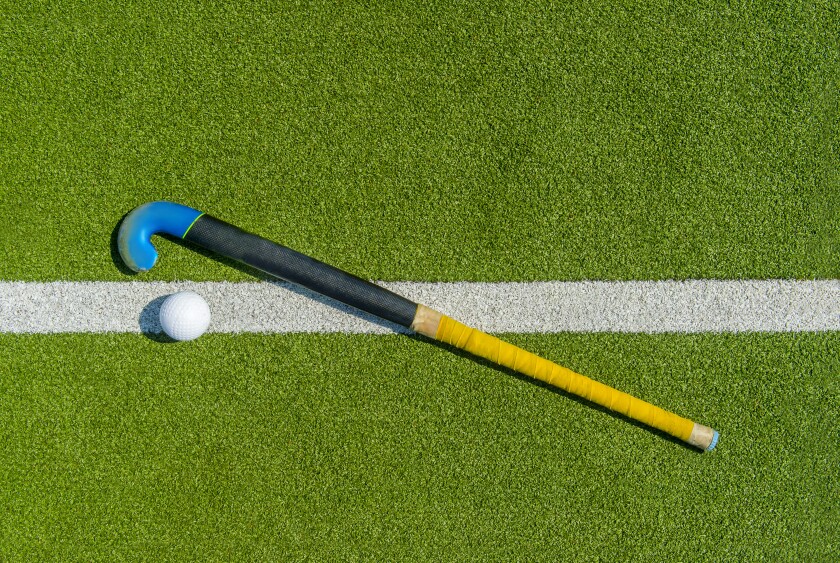 Field hockey is a widely played team sport of the hockey family. The game can be played on grass, watered turf, artificial turf or synthetic field, as well as an indoor boarded surface. Each team plays with ten field players and a goalkeeper. Players use sticks made of wood, carbon fibre, fibre glass, or a combination of carbon fibre and fibre glass in different quantities, to hit a round, hard, plastic hockey ball.
The length of the hockey stick is based on the player's individual height: the top of the stick usually comes to the players hip, and taller players typically have longer sticks. The sticks have a round side and a *flat side*, and only the flat face of the stick is allowed to be used. Use of the other side results in a foul. Goalies often have a different design of stick, although they can also use an ordinary field hockey stick. The specific goal-keeping sticks have another curve at the end of the stick, which is to give it more surface area to block the ball. The uniform consists of shin guards, shoes, shorts or a skirt, a mouthguard and a jersey. 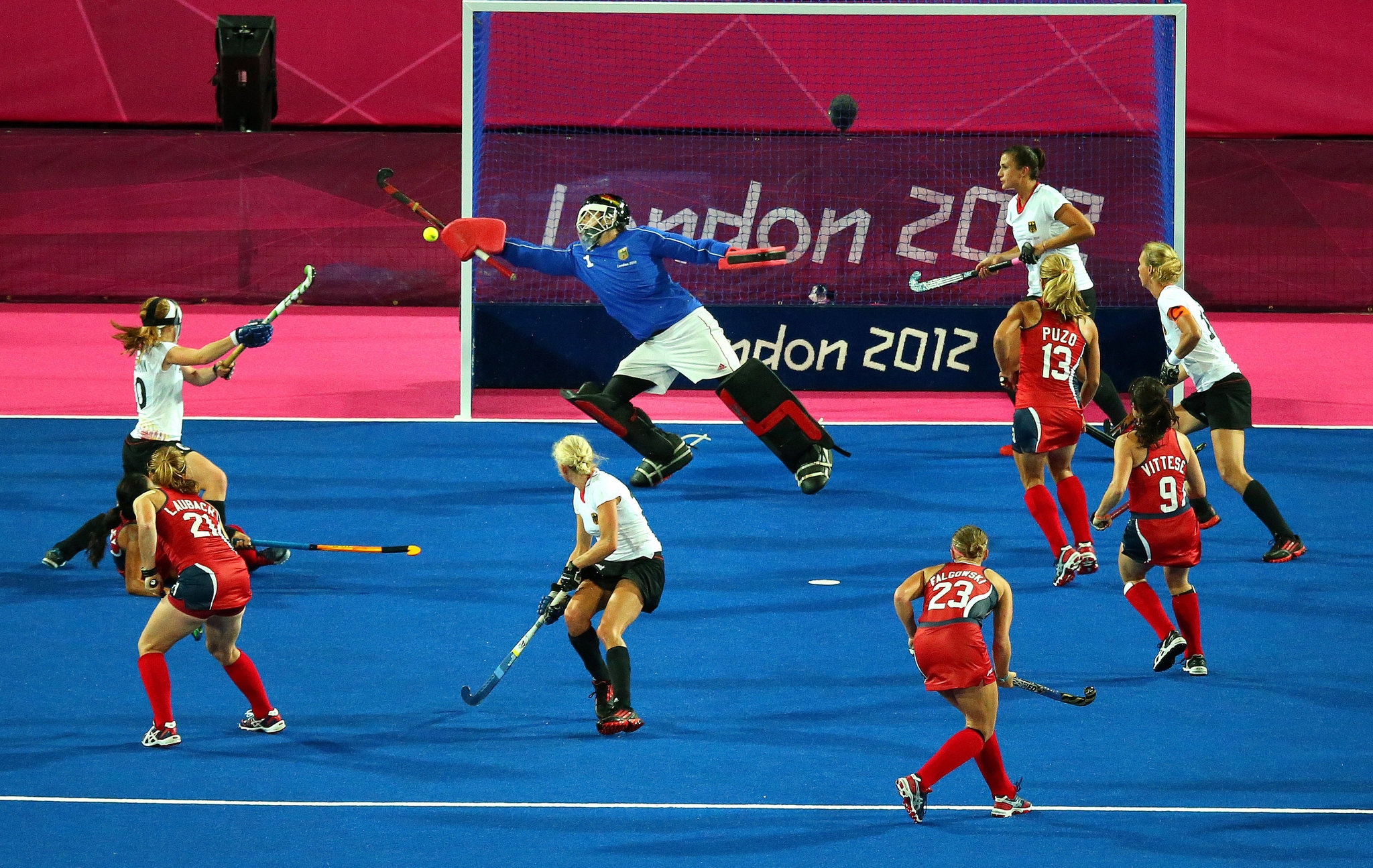 Want to learn more? Here you can find more information.