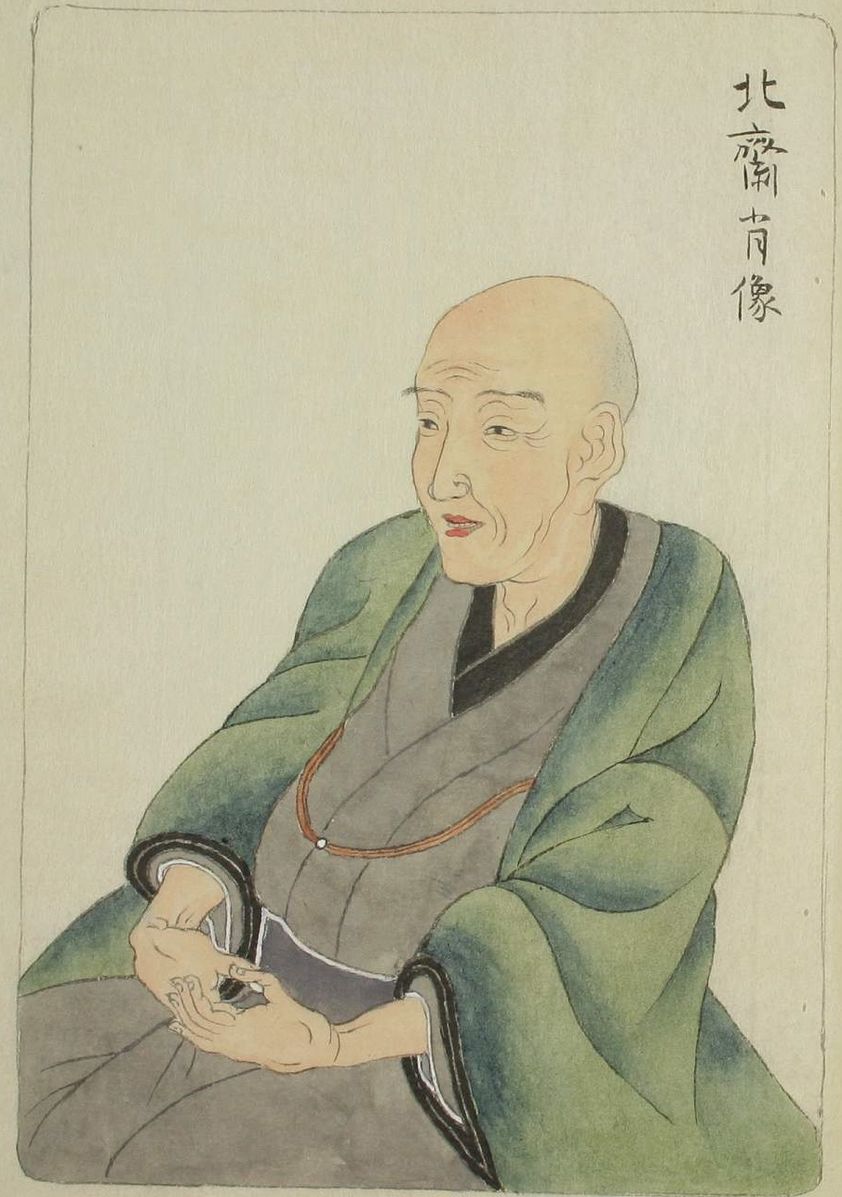 Katsushika Hokusai (31 October 1760 – 10 May 1849), known simply as Hokusai, was a Japanese artist, ukiyo-e painter and printmaker of the Edo period. Hokusai is best known for the woodblock print series Thirty-Six Views of Mount Fuji 🗻 , a series of landscape prints that depicts Mount Fuji from different locations and in various seasons and weather conditions.

The iconic nature of Hokusai's prints has contributed to his ongoing influence on both fine art and popular culture. The Great Wave off Kanagawa is among the most reproduced images in the history of art, referenced by cartoonists including Hergé and Gary Larson, fashion designer Hanae Mori and transformed into an emoji in 2010. 🌊

Hokusai died at the age of ninety in 1849, having created around 30,000 print designs across his lifetime. His final words, reportedly, were a wish for more time: "if heaven would give me just five more years, I might become a true painter." His burial, at the Seikjoji Temple in Taito, attracted around a hundred people. His tombstone was inscribed with his final adopted name, Gakyorojin Manji, which translates to "old man mad about painting." 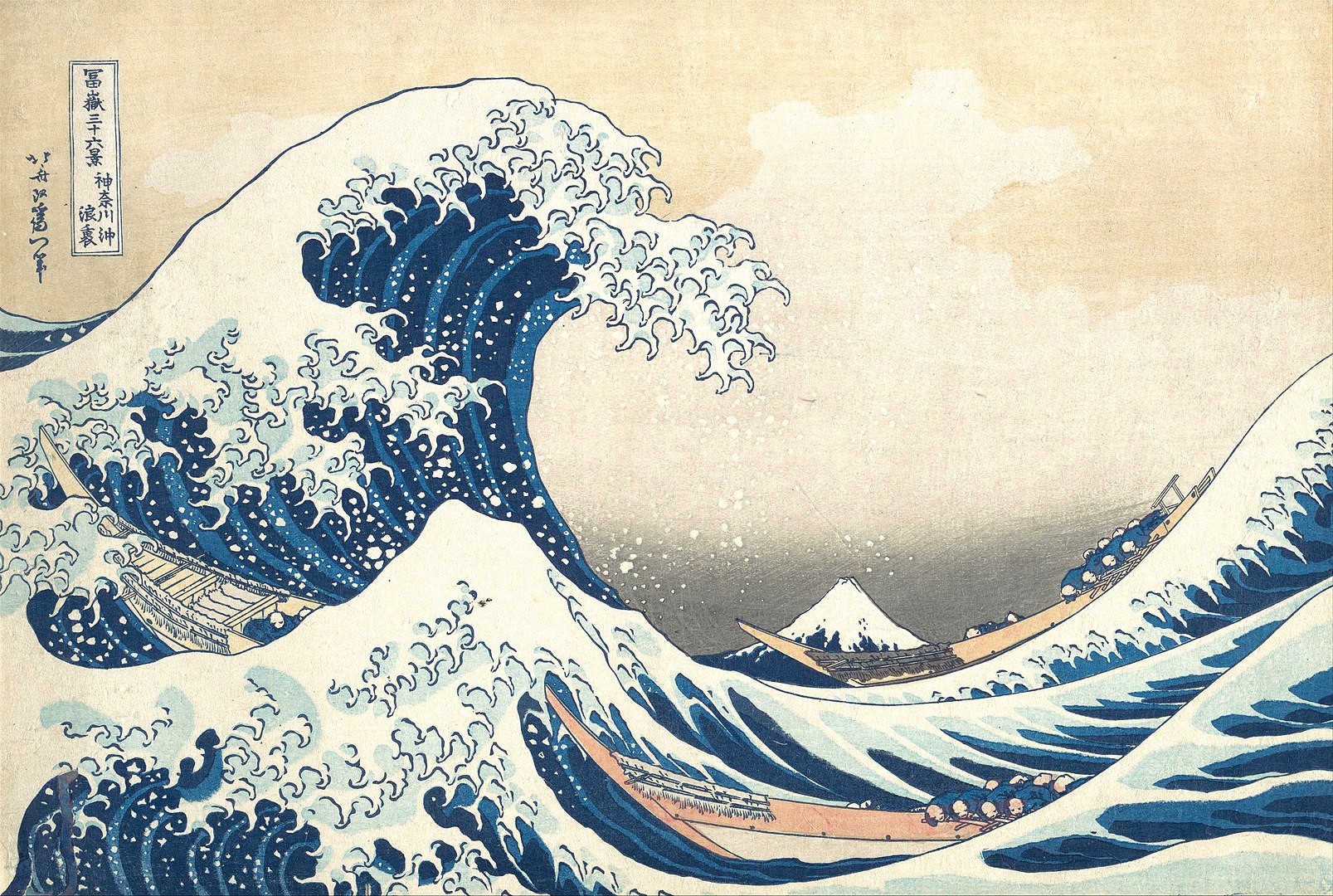 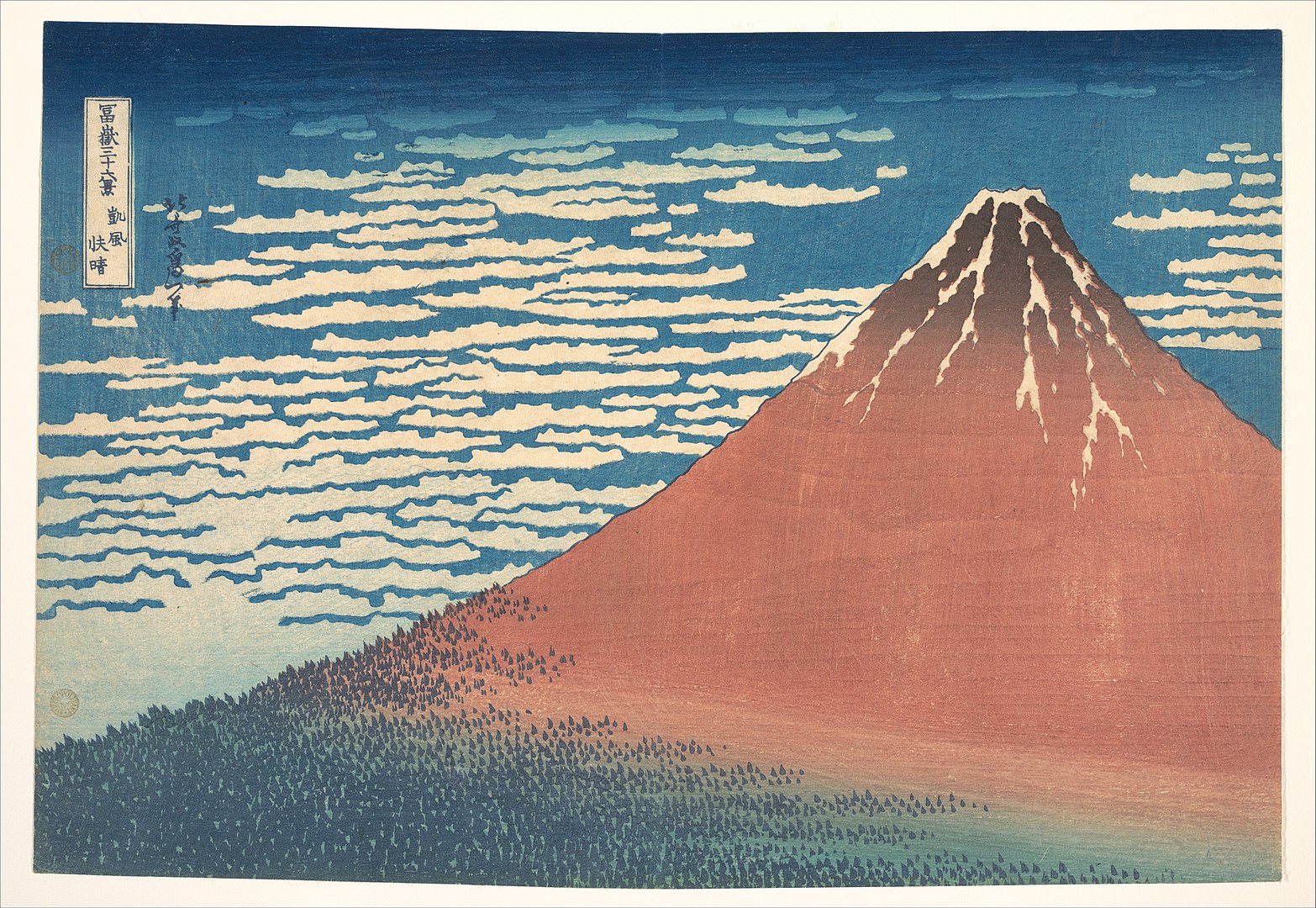 Fine wind, Clear Morning, also known as Red Fuji.The work has been described as "one of the simplest and at the same time one of the most outstanding of all Japanese prints".