How to tell between grizzly bears and black bears

Unsuspecting people likely differeniate between grizzly bears and black bears by the colour of their coats. However, that is an unreliable way to distinguish the two bears. Black bears, despite their names, can often have brown hair or be partially brown. While grizzly bears, are not always brown and can even appear pale or more blonde. Here are some ways to distinguish between the two species of bears. 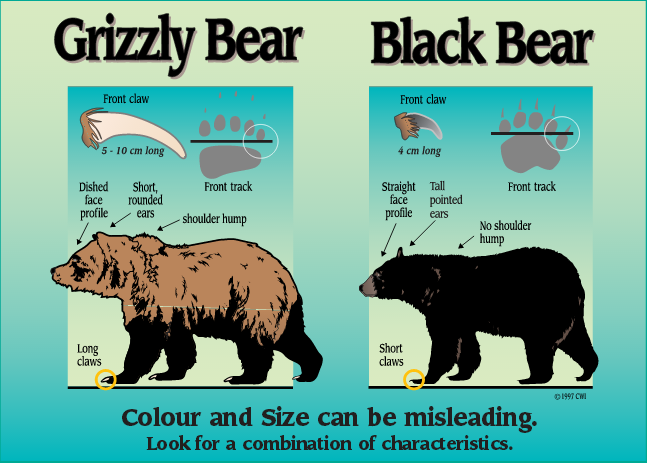 Grizzly bears have prominent shoulder humps. It is most visible when looking at their profile.

Black bears generally have a straight profile from the forehead to nose whereas the grizzle has more of a dish-shaped profile.

Grizzly ears are small and fuzzies looking whereas black bears have larger and more pointed ears.