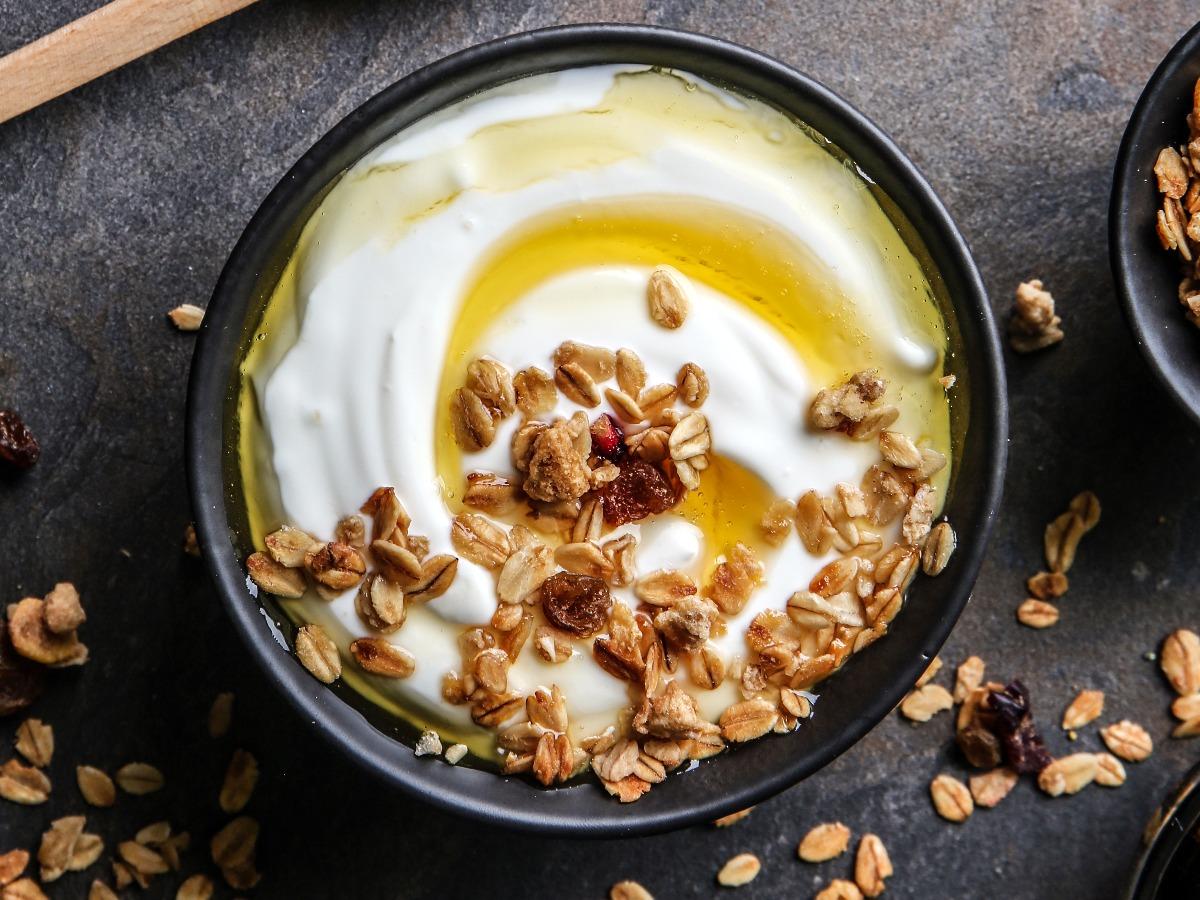 is a yogurt that has been strained to remove most of its whey, resulting in a thciker consistency than unstrained yogurt, while preserving yogurt's distinctive sour taste. Like many types of yogurt, strained yogurt id often made from milk that has been enriched by boilling off some of its water content, or by adding extra butterfat and powdered milk.In Europe and North Amercia,it is often made with low-fat or fat-free yogurt.In iceland a similiar product named skyr is produced.