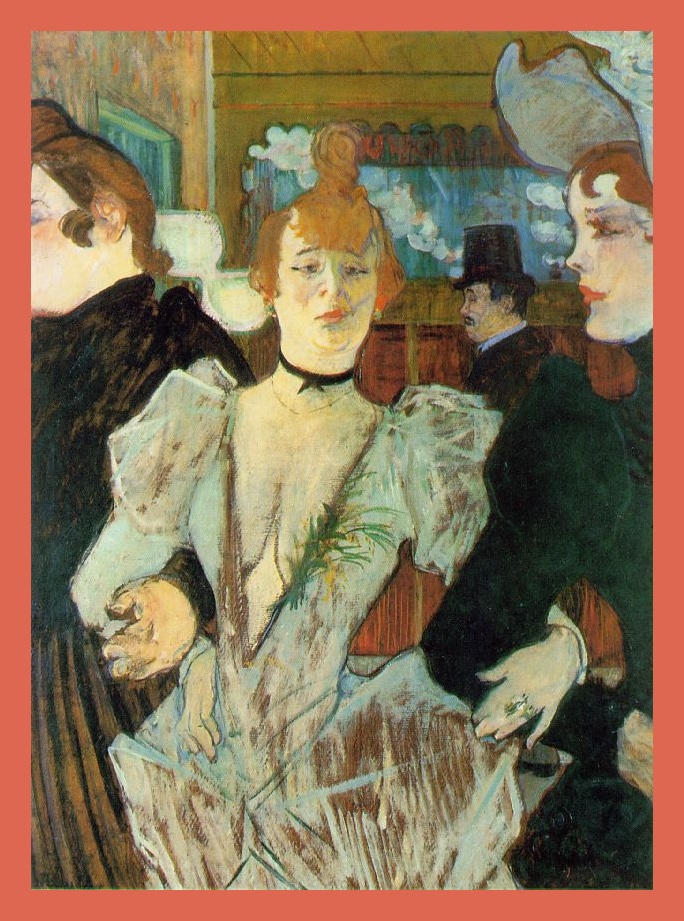 Louise Weber , also known as "La Goulue" ("the greedy") was a famous cancan (french cabaret dance) dancer and the muse of painter Toulouse Lautrec. She is represented in many paintings from Toulouse Lautrec, that himself was a good client of Le Moulin Rouge and even worked on some posters that advertised the coming shows. At the edge of her glory, she left the Moulin Rouge that made her famous, and started to work as a circus artist and lion tamer. Out of the parisian glory, she is getting married in 1900 and give birth to a son. Unfortunately, her career in the circus world and her new family life is shattered by the first world war and she will lost her husband to the war. Shortly after her son will die and let her alone and poor. The woman that was once the face of Paris and its glorious time, died alone in Paris at the age of 62 years old. The famous french actress Alerty later said: "La Goulue was the true inspiration of Lautrec!"

You want to learn more about La Goulue and Toulouse Lautrec, click on their names 🧐 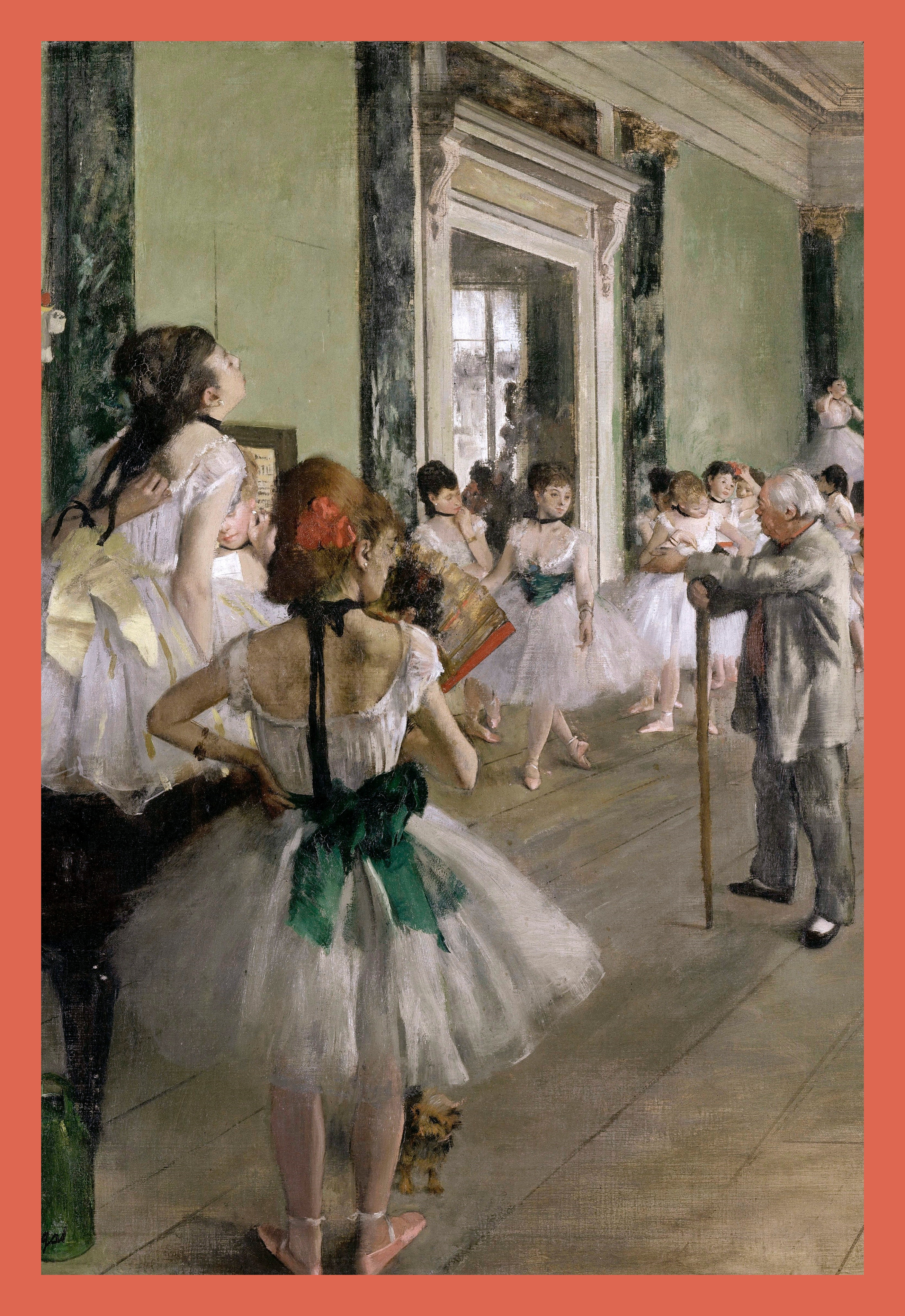 Edgar Degas is known for his famous paintings of ballerinas represented dancing on stage or behind the scene getting ready for the lesson. The story behind this delightful paintings is actually awful and change our vision of Degas´s painting forever. At the time, sex work was a part of a ballerina´s life. The "foyer de la danse", the place where the young ballerinas would warm up before performances also served as a kind of "men´s club" where wealthy men could "socialize" with the ballerinas. The ballerinas entering the academy at a very young age, were encouraged to have "relationships" with the members of the men´s club, as they were deciding on careers and earnings. Degas was said to reject the advances of his models but was exploiting them in another way: making them pose for hours in the same position (to capture the physicality and discipline of ballet). He wanted to capture "his little monkeys" (as he used to call them) "cracking their joints" at the barre. The artist, undoubtedly misogynist, later said "i have perhaps too often considered woman as an animal".

You want to learn more about the awful story behind Degas ballerinas paintings, click on his name 🧐 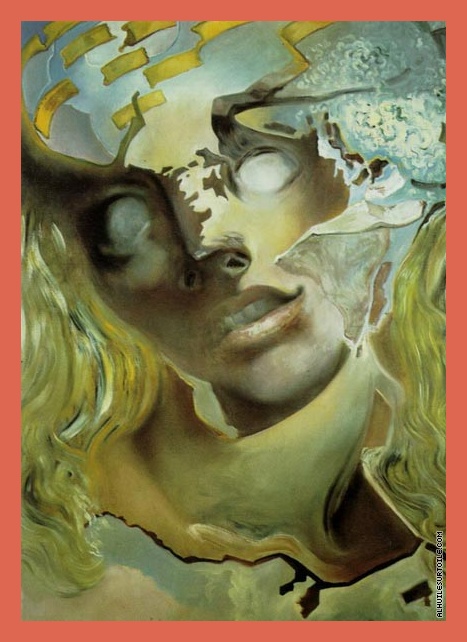 Salvador Dali met Amanda Lear, back then an 18 years old model and student of arts, in Paris in the beginning of the sixties. The artist, aged of around 60 years old at the time, was still married to his previous muse and wife, Gala (also represented in a lot of his paintings) that was fully aware of his relationship with Amanda Lear. Amanda later related her first meeting with Gala, when she was asked by Dali to dress and behave in a certain way for Gala to like and accept her in their life. She later said about this meeting: "Dali was selling me like an hoover. "Look how beautiful she is" (Dali), "Turn around, turn around, walk! We need to see her at the sun" (Gala)". Gala, Dali and Amanda began to live a life together in the artist spanish home in Catalonia, where Dali painted a lot with Amanda as his muse. Amanda is for example represented in the painting you can see illustrating this article. Amanda made a promess to Gala that she would marry Dali when Gala will die. Amanda broke this promess in the end of the 70s as her career as a singer was exploding and she decided to take some distance from the couple.

You want to learn more about Amanda Lear , click on her name 🧐 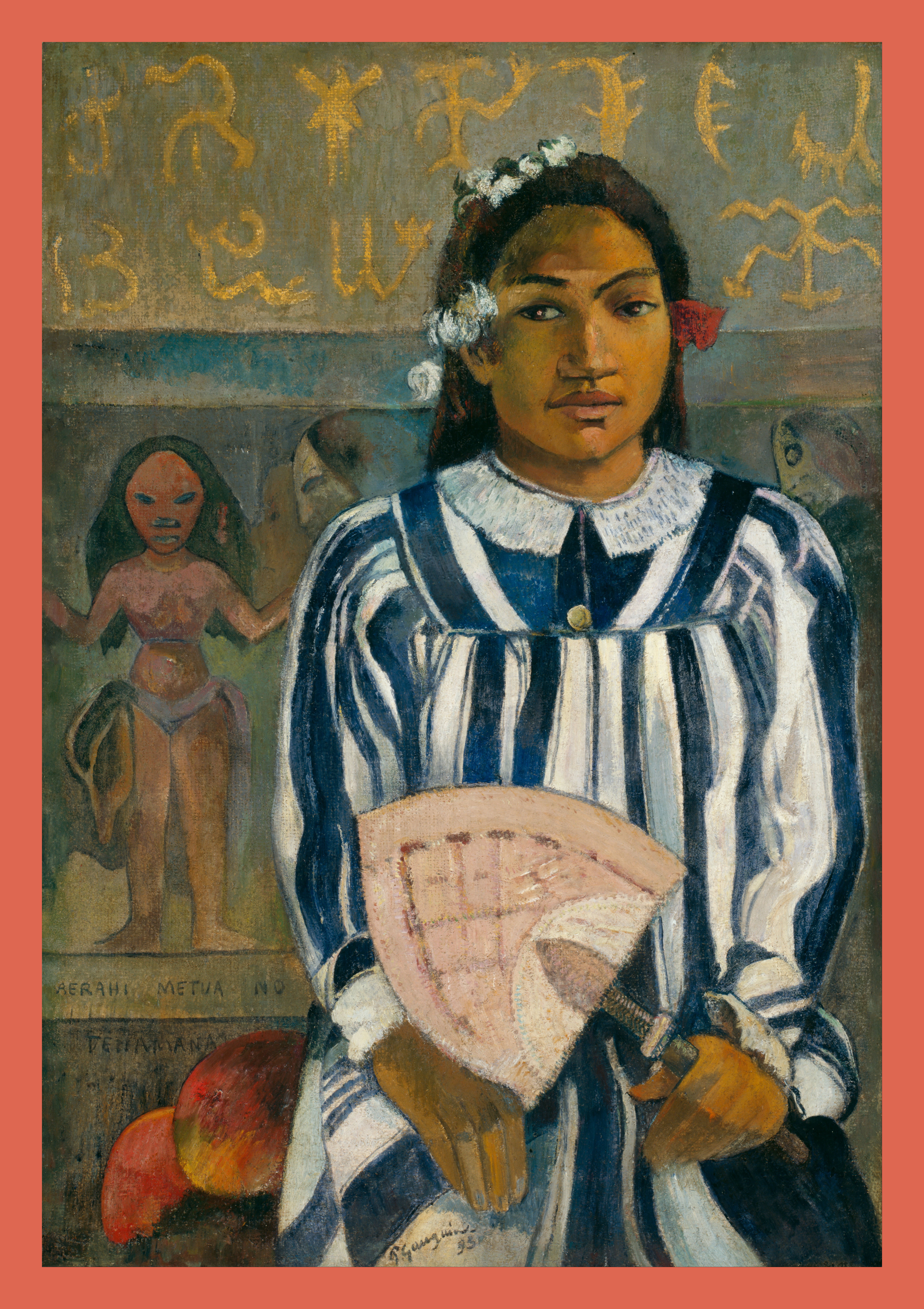 Paul Gauguin is known for his synthetist style, his experimental use of color and his paintings of French polynesia landscapes. The artist first went to Tahiti, back then a french colony, by 1890. The painting illustrating this article dates back from 1893 and represents Paul Gauguin´s tahitian wife Teha´amana. This painting and the relationship itself was subject to controversy because at the time, Teha´amana was only 13 years old and was forced to this arranged marriage with Gauguin. It was common at that time for French colonists to to take native wifes called "vahine" (which means "woman" in Tahitian). The vahines were usually underage children and were getting arranged marriages for reasons of status or financial advantage. Teha´amana got to know Gauguin and married him on the same day, got quickly pregnant but she is supposed to have give the baby for adoption. Gauguin left Tahiti in the end of 1893 and came back in 1895. Inbetween Teha´amana got married to a tahitian boy but nevertheless spent a week with the artist before returning to her husband.

You want to learn more about Teha´amana , click on her name 🧐 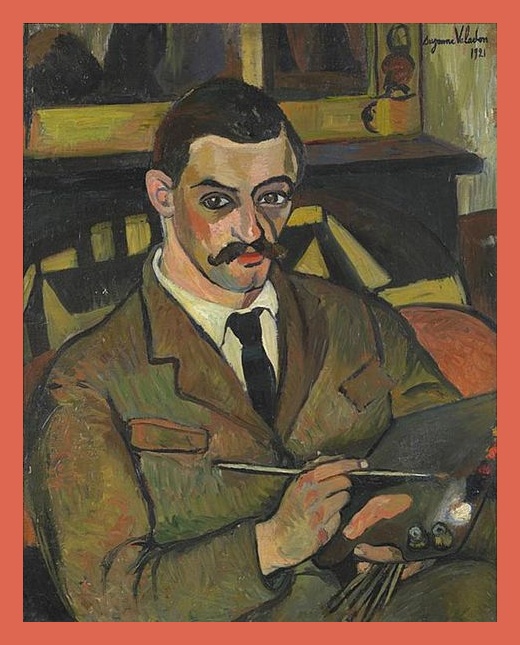 Maurice Utrillo & his mother Suzanne Valadon are some of the most famous Montmartre painters. The tender mother-son relationship they had was at the center of Utrillo´s vocation. Suzanne Valadon, illegitimate daughter of a seamstress was the muse of some majors artists of her century such as Renoir or Toulouse-Lautrec. When she posed for painter Edgar Degas, she startedher interest in painting and with his help learned more about the techniques. In 1894, Suzanne was the first female artist to ever exhibit her paintings at the Beaux-Arts. When she was just 18, she got pregnant and gave birth to Maurice Utrillo. She never told the name of Maurice´s father but the child inherited the last name of Suzanne´s friend Miguel Utrillo. By the time he turned eighteen he had become an alcoholic and had to be committed to an asylum. His mother Suzanne encouraged him then to paint as a way to gain his balance.

You want to learn more about Maurice Utrillo & Suzanne Valadon , click on their names 🧐

You want to learn more about the stories behind the world greatest masterpieces? Suscribe to our newsletter!