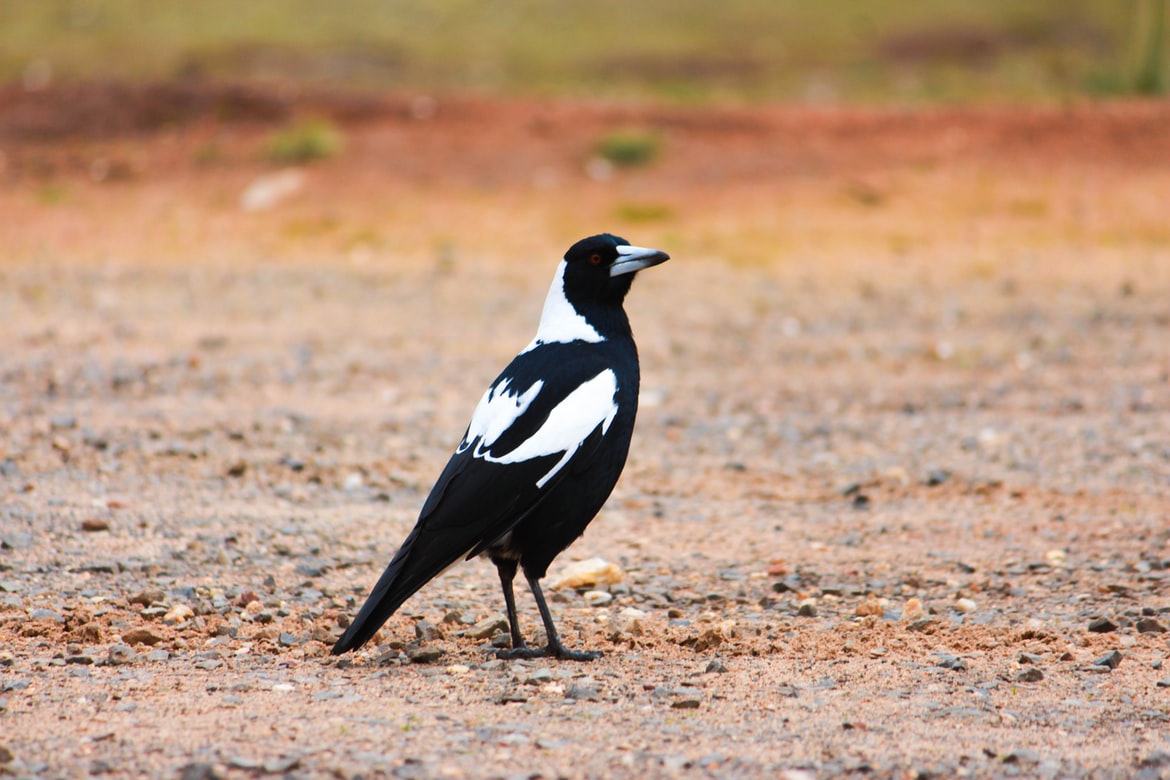 Photo by Beth Hope on Unsplash.

The Australian Magpie (Gymnorhina tibicen) is a black and white songbird found throughout most of Australia. Magpies, although commonly known for their unsettling way of swooping people during the breeding season, are also quirky oddballs of fun. Try not to be alarmed - swooping is generally only limited to a few weeks in spring, only a small percentage of magpies swoop, and they're just doing it to try and protect their babies. Awww, what great parents!

👉 How many times have you been swooped by a magpie? 👈

Magpies are fascinating as they can mimic other bird calls, as well as other common sounds such as barking dogs and car alarms. During the 2019/2020 bushfires in New South Wales, a magpie was filmed mimicking an emergency siren.

They are able to distinguish and remember up to 100 human faces, and live in one territory for up to 20 years - which means bad news if you're mean to a magpie, because it knows who you are.
...And where you live.

The upside? If you're nice, they'll be nice too 💕. A woman from the Gold Coast who goes by "The Magpie Whisperer" made lifelong friends with a group of magpies and shares videos of their antics, including playing with dog toys and the washing on a clothesline.

Coded by Amy Kosandiak with HTML, CSS and JavaScript.