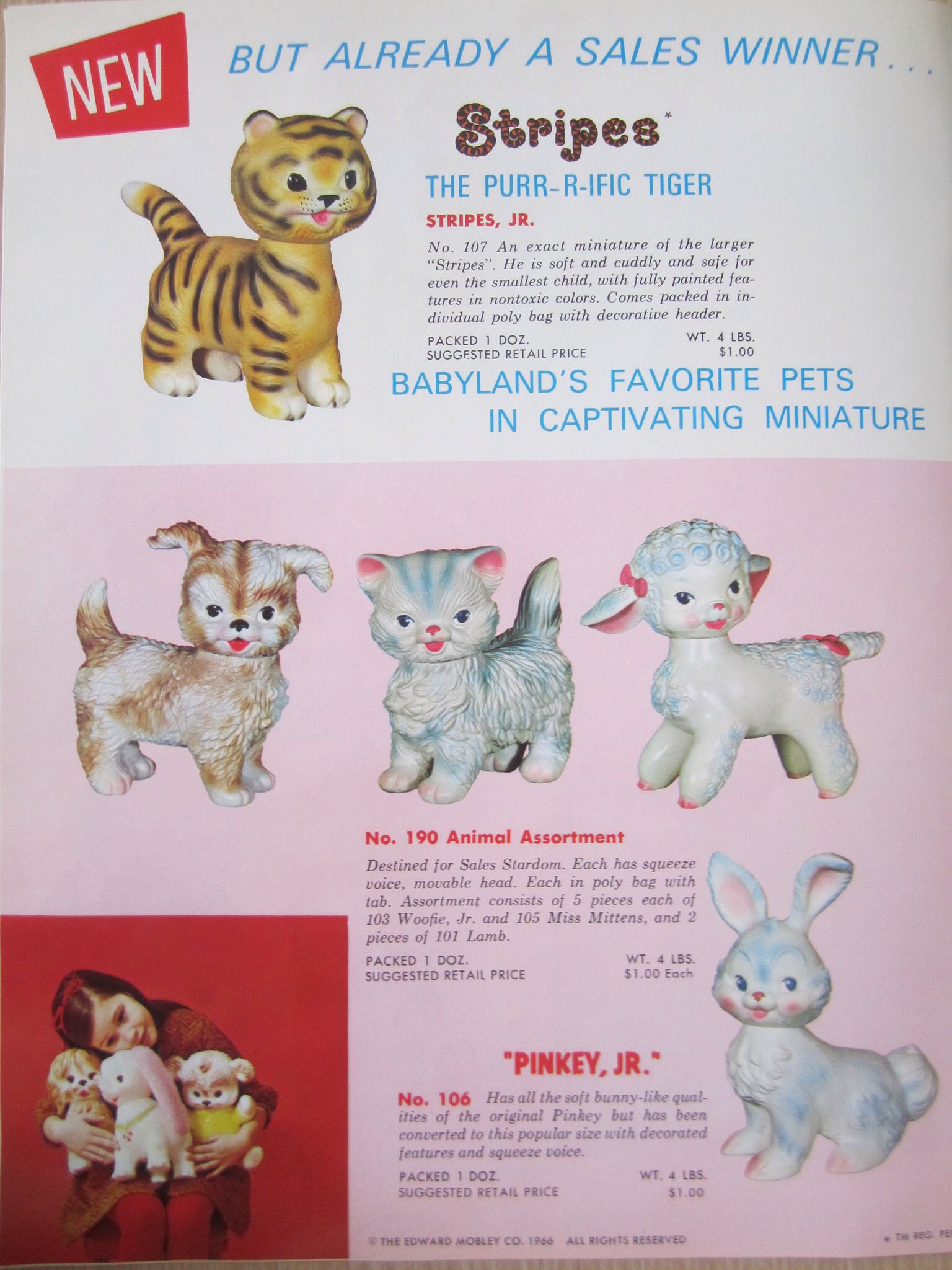 Edward Mobley was a desinger responsible for creating a variety of children's rubber squeak toys in the 1950's and 1960's. Mobley began his work with the Sun Rubber company, and later went on to work with Arrow Rubber Corp. Very little is known about the inspirations for his designs, or the designer himself. In recent years, Mobley's work has become quite collectible. After his passing, Artist Kate Hart inherited his estate- which included all the molds and unreleased prototypes for his many designs. Currently, Hart continues producing pieces using his molds and prototypes while adding her own flair. Hart operates under the name Bitter Squeaks.