All About Board Games

Beat boredom without a screen! 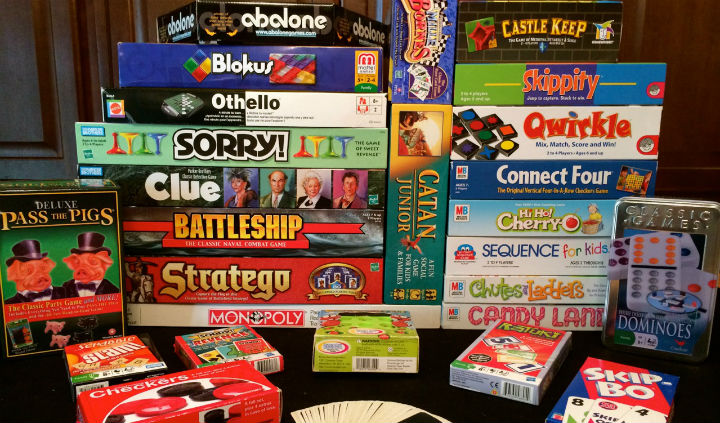 Board games are tabletop games that typically use pieces moved or placed on a pre-marked board (playing surface) and often include elements of table, card, role-playing, and miniatures games as well. Most feature a competition between two or more players. In checkers, a player wins by capturing all opposing pieces, while Eurogames often end with a calculation of final scores. Pandemic is a cooperative game where players all win or lose as a team, and peg solitaire is a puzzle for one person. There are many varieties of board games. Their representation of real-life situations can range from having no inherent theme, such as checkers, to having a specific theme and narrative, such as Cluedo. Rules can range from the very simple, such as in Snakes and Ladders; to deeply complex, as in Advanced Squad Leader. The time required to learn to play or master a game varies greatly from game to game, but is not necessarily correlated with the number or complexity of rules; games like chess or Go possess relatively simple rulesets, but have great strategic depth.