The origins of salsa date back to the 1900s in Eastern Cuba , where musical elements and rhythms from various styles were combined. Cuban son and Afro-Cuban rumba, the two main styles, used diverse musical instruments to create the basis of a rhythm that would later become known as salsa.


Almost 50 years went by before this new rhythm reached Havana. There, salsa absorbed influences from other local Cuban music and from American jazz and continued to evolve. Due to the Revolution in Cuba, many musicians relocated to the United States, especially to New York City. Among the Hispanic community, these musicians found an ideal environment to develop their rhythm into what we know as salsa today; this was especially true in ''El Barrio'', also known as Spanish Harlem. 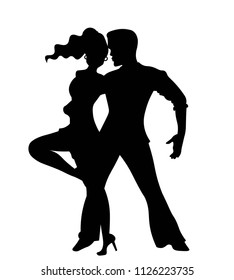